So much misinformation on this issue, arising primarily from the lack of community involvement in land use planning for our waterfront. Here is a statement from the coalition working on this issue:

FreshDirect does not belong in the South Bronx

First, FreshDirect would not bring a single guarantied job to the South Bronx. Despite what elected officials have said, the $127.8 million in public funds awarded to FreshDirect carries no mandate that they add any jobs or hire a single person from the South Bronx, a fact reaffirmed by the non-binding agreement between FreshDirect and Bronx Borough President Ruben Diaz. Additionally, FreshDirect has a well-documented history of unfair labor practices and would be exempt from city living wage requirements.

Second, FreshDirect would exacerbate asthma rates among a community already facing asthma hospitalizations at five times the national average. FreshDirect would add upwards of 2,000 diesel truck trips per day through a residential neighborhood. The same public land set to house FreshDirect already holds a FedEx hub making over 1,400 daily truck trips through the neighborhood, the New York Post printing and distribution center, and a 5000 ton per day waste transfer station, one of four waste transfer stations within a 1/8 mile radius of the proposed site.

Third, FreshDirect plans to build on land documented to be a Native American burial ground and settlement. The owner of this historically significant site, New York State Department of Transportation (DOT), acknowledges that artifacts of the Ranachqua Village and burial ground may be present. 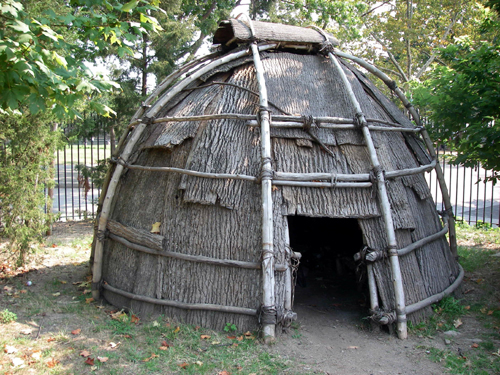 Fourth, DOT’s twenty-one year-old agreement with a private developer is outdated and harming residents. The 1991 lease to Harlem River Yard Ventures (HRYV) was designed to “reduce congestion from truck traffic” by developing the rail system. While HRYV failed to follow through on this, surrounding areas have drastically changed: land bordering the site has been rezoned for residential use, significant residential development has taken place, and the area has been included in the New York City Comprehensive Waterfront Plan. Despite local development and city planning, however, HRYV continues to sublease to companies that block public access to the waterfront and cause egregious levels of air, water, land, and noise pollution. The City, State, Borough and Fresh Direct all ignored these facts when crafting the proposed move to the South Bronx. In fact, the Bronx Borough President’s office claimed not to even have the shallow Environmental Assessment Form provided to the NYCIDA to review before offering their support and our tax money.

Fifth, FreshDirect will not provide food to the South Bronx. FreshDirect plans to use a handout from the Bronx to move to public land in the Bronx without providing any service to the community they want to occupy.

Finally, architects of this deal ignored the democratic process and were not upfront with the public. Governor Cuomo, Mayor Bloomberg, and Borough President Diaz announced that the deal was done two days before the sole public hearing on the matter. In doing so, they publicly demonstrated that community input was not important. Additionally, the New Jersey Economic Development Authority has refuted the notion that they made a competitive offer to support a FreshDirect move across the Hudson.

South Bronx Unite | Stop FreshDirect is a alliance of South Bronx residents, organizations, and allies.
Follow them on their website here.

Bonus Video here, this deal is so absurd you will laugh: